In June 2018, Zoe D’Arcy travelled to Cambodia for a month to see first-hand how international NGO World Vision is undertaking development work with vulnerable communities.

With the assistance of a scholarship from RMIT, she completed a month-long internship with World Vision’s Communications and Marketing Division in Phnom Penh. Below, Zoe writes about a workshop that is run by the division to help give young Cambodian people a voice on the issues that face them and their communities. 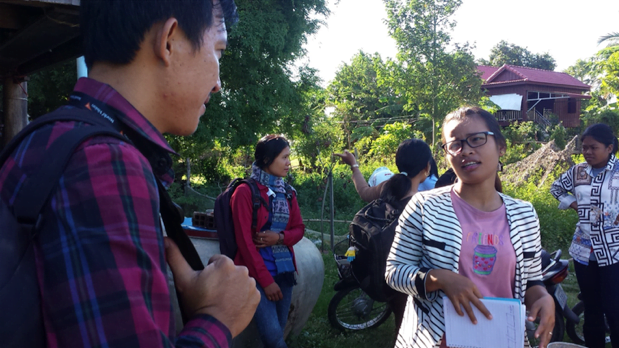 The group’s director (right) outlines her vision for a film about domestic violence to World Vision staff member Darra (left). 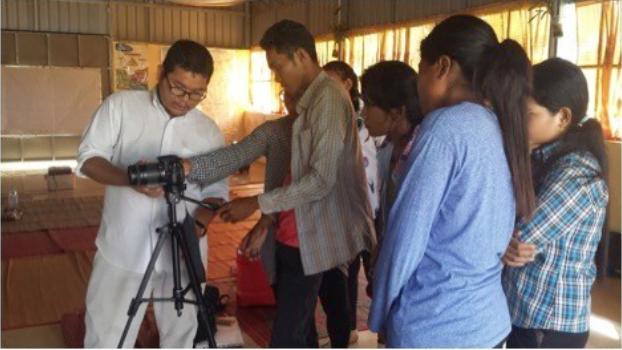 The call goes out. ‘Action!’

A drunk fisherman shouts angrily at his wife. His empty bucket, which should have come home filled with fish, lies empty and accusingly at his feet. His wife, fed up with his

behaviour and fearful about what no fish will mean for the family, shouts back just as loudly. Just as the fisherman grabs at the bucket to threaten his wife with it, their daughter runs out the house. She grabs her father’s leg and implores him not to hit her mother. Suddenly, everyone dissolves into giggles. ‘Cut!’, calls the director. Everyone on the film set, and even some nearby onlookers, give advice. ‘Stop smiling!’ ‘It needs to be more real!’ 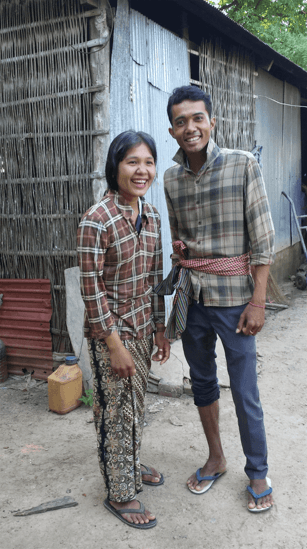 The two people playing an unhappily married couple in a film about domestic violence had a hard time looking serious.

The scene starts again. This time, everyone looks more serious and more convincing in their roles. I find it impressive to think that this entire film crew only started to learn about making films yesterday. Twenty-four hours ago they had never held a DSLR camera; much less written a script; thought about when or how to use different video techniques such as cut-ins and cutaways; or taken on an acting role. Today, they’re doing it all. Most impressively, they’re using these new skills to tell a story about an issue that is important to their lives. In this group’s case, it’s domestic violence.

We are in Moung, an hour’s drive from Battambang, and these young people are taking part in a three-day Creative Youth Workshop run by World Vision Cambodia. I am a Masters student from RMIT in Australia on a month-long internship, and I am watching in awe at what they are achieving.

Creative Youth workshops are run for groups of young people who have been identified as vulnerable by their communities. Yesterday morning, when this group of about 20 introduced themselves, we heard that only one of them had made it to Year 12. One person had left school in Year 7 – most had left around Year 9. As with anywhere, in Cambodia a lack of education means an uncertain future. These guys are here because they want to do something about that.

The first day people are divided into three groups, and given the challenge to make a short film about an issue that is important to them. They decide on big topics – domestic violence; the dangers of dropping out of school early; and the environmental damage that is caused by plastic in Cambodia.

World Vision staff Makara and Darra run the workshop with practiced ease, keeping the students interested and engaged. The first day is dedicated to the theory of digital storytelling, photography, videography and video editing. The second day is all when all the filming happens, and on the last day the groups edit together their final film.

I find that I’m lucky that I got to go with Darra to watch the filming of the story about the fisherman and his family. Makara is helping the group who are telling the story about plastic, and when I see him next I find that he’s had to spend a rather smelly morning filming at a local rubbish dump.

After lunch everyone heads off eagerly to their filming locations. Nobody is looking lost, bored or discouraged.

I’m struck that over these three days, these guys are coming away with some really valuable skills. Not only do they get to learn and practice the technical skills required to make a film – they learn other less tangible but equally important lessons. Firstly, they learn how to together work in groups – how everyone has a valuable role and how they all must contribute to get a good final product. Secondly, they learn how to think critically about important subjects and to get their voice heard on them – in a medium that everyone can understand.

I can’t wait to see what they do in the future. 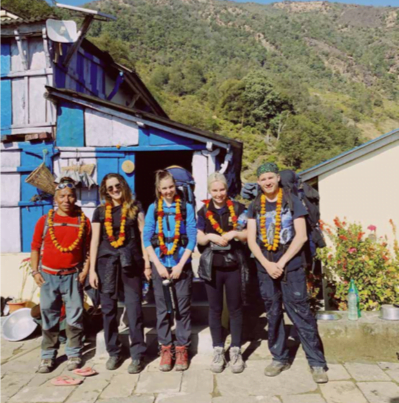 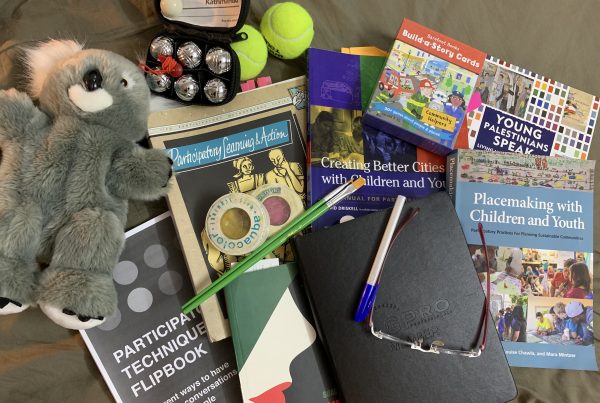 Connection, community and agency: Building a village preschool in India

All rights reserved by RMIT MoDDD.